112dB said:
I've had a Creality Ender 3v2 for almost 2 years. I assembled it a year ago and finally started using it last night. I had to replace a plastic part on the extruder right from the start as the plastic one that came with it broke. the metal replacement works great.

Software - Cura (slicer), autocad fusion 360 (free) for development - I havent done anything beyond install the fusion 360 though. Thingiverse is great.

If you think audio is a rabbit hole of minute details and wasted time and money, you haven't seen anything. 3d printing is nuts. It's probably a good idea to create a 3d printing thread if there isn't one already. There's a lifetime of youtube on the subject.
Click to expand...


Ha, yes, I keep looking into 3D printing but as you said this is a deep rabbit hole of which I have no bandwidth for. Looks so cool though, lots of fun options.


112dB said:
yeah... I'm about to drop some money I think... The one set I was looking at are $650 stateside. I'm going to start with the cheaper set though because I haven't yet learned the lesson of buy once cry once.

I think the Arc Audio Ps8-50 may be a future upgrade. I'm somewhat familiar with Helix, but the ARC seems to be a better solution for me. I haven't had time to overthink it yet though. Their A-10 / A-12 subs seem decent too.
Click to expand...

Arc Audio is nice, I have not bought or heard there stuff in a while but I did enjoy the KS mini I had in the Jeep about 6 years ago. This new amp/DSP they have may be the solution for you. Small footprint, powerful and enough channels. Have you tinkered with their DSP?

For BLAM, if incartec is not for you the Five Star guys have a ton of BLAM in stock, or Don at Unexpected Creations sells BLAM and can ship. He sent Chris all of his gear, and he will be a great resource to speak with. 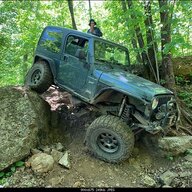 112dB said:
Moving my tweeters up was a great improvement. I'm thinking of trying a wideband tweeter/mid like the Blam LFR50 to get even more frequencies out of those dash locations.
Click to expand...


What are you thinking of doing for a pod? I am starting to really like this idea.
S

TJosh02 said:
What are you thinking of doing for a pod? I am starting to really like this idea.
Click to expand...


Another brand is CDT, they have similar speakers and pods that you can buy.

The German Pod guy can custom make any pod if you send him specs which are in every manual. He build a couple custom ones for me over the years.

He also has an eBay store.

They have one for the LFR50! 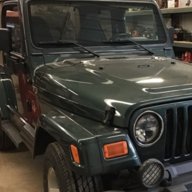 TJosh02 said:
What are you thinking of doing for a pod? I am starting to really like this idea.
Click to expand...