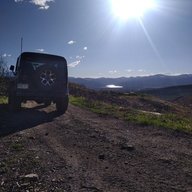 Has anyone on here actually swap their 4.0 for the 2.8 liter Cummins I'm looking into it but I have a lot of questions and I think the biggest ones are the cooling system the transmission and the cost and if you thought it was worth it or not
Reactions: BugoutJeep 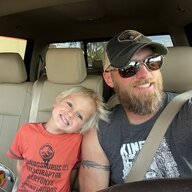 A number of people on this forum have done the 2.8 Cummins swap including @DieselJeep whose build thread can be found here R2.8 Cummins Build and here 1997 Jeep Wrangler R2.8 Cummins Installation Journal.

I encourage you to check out those threads. They are treasure troves of information.
Reactions: Cameron97

@1945GPW has also done this swap as well. His build thread can be found here: 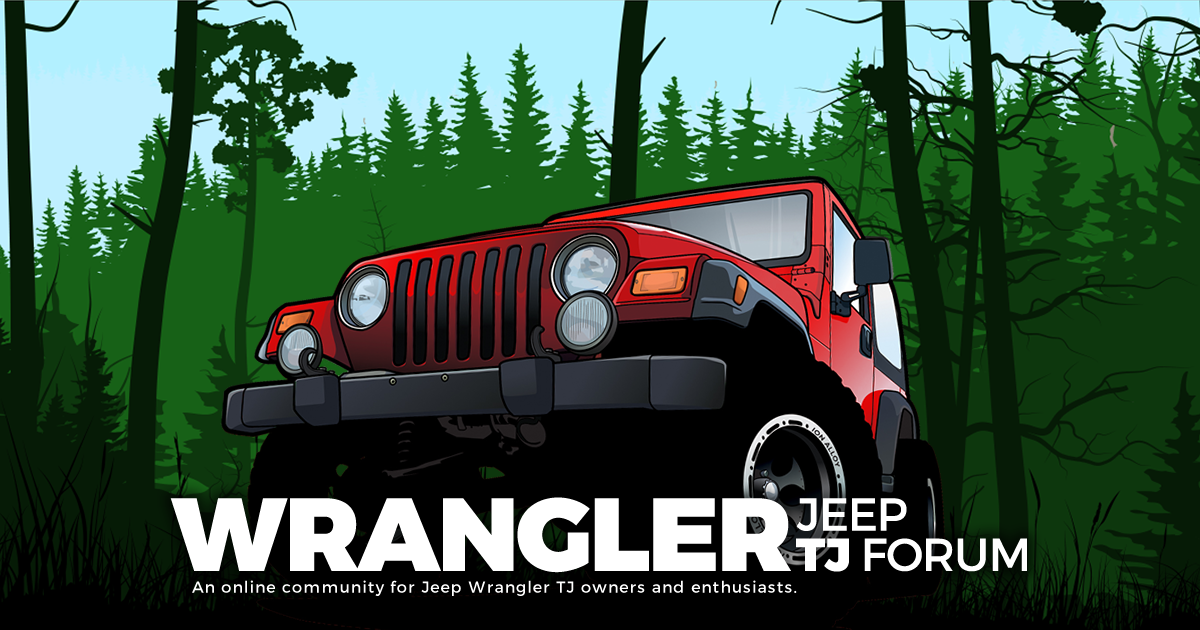 Finally started the Cummins conversion on my dads jeep. Had the engine for about a year and we were originally planning on putting it in his built cj7 but I talked him into getting an LJR for the comfort, extra room for camping/long trips and AC. So we found the right one last fall and he is... 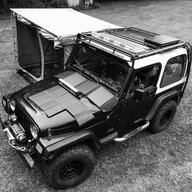 Cameron97 said:
Has anyone on here actually swap their 4.0 for the 2.8 liter Cummins I'm looking into it but I have a lot of questions and I think the biggest ones are the cooling system the transmission and the cost and if you thought it was worth it or not
Click to expand...


I think it's worth it, but it just depends on your measuring stick. If you're comparing it to a new vehicle and you are mechanically inclined and in fact like to work on Jeeps, then it's a great swap. I personally like TJs more than newer Jeeps and vehicles. I love how integrated systems are in new vehicles, but a TJ is bare bones so there's not much need.

The issue with new, especially diesels are that you really want to get rid of a few systems that ultimately will cost you what an R2.8 costs by itself. For example, the new emissions junk on diesels are very unreliable and hurt the life of your engine and reduce efficiency. Much of the additional diesel cost is in the emissions equipment and then expect to pay another $3k (just a guess) or so to eliminate it properly. So you paid $4k for emissions equipment and probably $3k and losing your warranty to delete it. Also your tax will be higher as will your insurance, which over a few years would be the cost of a used older Jeep. With the R2.8 removing the EGR and DOC will probably require $400 to eliminate and you'll have a $200 of platinum sitting on your shelf. And if you're in an area that is really strict about monitoring of junk laws (there's also some federal junk laws too, but individuals don't seem to get monitored as much by the feds for emissions) you can't eliminate either system and in those cases I'd rather be stuck with the EGR and DOC and detune rather than DPF stuff and active regen, headaches, etc.

In general I think it's the best swap for anyone that wants to swap in a new crate engine, but it depends on your goals. If you want speed and passing ability, go V8 and maybe even with forced induction or something along those lines. If you want everything else besides speed a small turbo diesel is pretty close to ideal. A diesel hybrid would actually be very cool too, but I just don't have that kind of time. As a note, you can probably tune your Jeep with a turbo diesel to get 30 mpg or better, but it's gonna be a dog to drive and you're gonna want to stay on the road. A realistically off-road equipped diesel Jeep will get low 20's MPG.

It's not a cheap swap, but I really don't think any swap is cheap and I don't expect any swap to really pay for itself. I expect to have about $40k in my Jeep by the time I have it where I want it to be. That includes racks, lights, armor, lockers, compressor, engine, the Jeep, steering, suspension, seats, tcase, tires, engine, etc. If I bought new, I'd probably get into the $60k+ mark and have a less capable rig IMO and have $20k extra in taxes and insurance on top of that, but my resale would likely be better with the new rig, which maybe would go for $30k used, vs $15k for the TJ.

If I had to do it over again (and I still may) I might have picked the TR4050 to mate to the R2.8. Autos are great choices, but I simply haven't done much with any automatic transmission. In my limited experience I do really like selecting a gear and just idling through the easy obstacles I encounter, which would be nothing to most people on here, but I like not even touching my brakes nor the accelerator. I also like not having extra cooling and/or monitoring and just how simple a manual is in general.

Cooling I still don't think is absolutely figured out on these swaps. For some reason there seems to be a few vehicles that act strange. I've heard of people having no issues with a basically stock radiator and others having trouble with some of the most high end options available. I'm in the high end option and it's probably an additional $4k into the build for the brackets, radiators, etc, but it works great for me so far (I'm worried what happens in a decade, but I figure it'll just have to go to a radiator shop to make a custom knock-off like I've seen for some tractors and equipment).

The swap is gonna be about $20k for DIY with a kit and engine. If you make your own adapter, mounts, etc then I'm sure you can get by pretty cheap, but you'll have a bunch of time in it. I saw a guy with a Bronco and he drew up everything in Solidworks and then got to machining. He'll likely not have much in his swap besides time, but that's a lot of work for most of us.
Last edited: Nov 14, 2019
D

Okay, new guy here. I have seen several posts on 4.0- R2.8 diesel swaps, but not any for a 2.5 I4-R2.8 diesel. Our little 4 cyl is tired and way underpowered and I like the idea of having a bit more power. Any additional issues in swapping out a the 4, like with suspension, cooling etc?

drubie said:
Okay, new guy here. I have seen several posts on 4.0- R2.8 diesel swaps, but not any for a 2.5 I4-R2.8 diesel. Our little 4 cyl is tired and way underpowered and I like the idea of having a bit more power. Any additional issues in swapping out a the 4, like with suspension, cooling etc?
Click to expand...


From my understanding, cooling is an issue with R2.8 swaps in general. I think a 4 cyl is an ideal candidate for a swap, because though the AX-15 works with the R2.8, I don't think it's ideal, but in my case it made the swap cheaper, though I think ultimately I'm going to end up swapping out my AX-15 and transfer case for a TR-4050 and Atlas II, but I want to tune mine and tunes typically end up around 400 ft lbs. And the AX-15 first gear is not my preference. I prefer a granny gear and the 3.11 2nd is just fine to start off in when you're not towing or on a really steep hill.

Suspension shouldn't be an issue, though my 1997 Wrangler needed all new suspension in general and was sagging lower than OEM ride height, with aftermarket spacers installed.

The R2.8 is almost perfect in a Jeep, but checkout the price first, because it's not a cheap swap.

Also just in general I've found that with so much torque available (the US model is detuned btw from 360 ft lbs), comes a lot of towing desires and shorter wheelbases are less desirable and there's not a huge need for so much torque in a Jeep, though it's still fun.
Reactions: RINC
Share:
Facebook Twitter Reddit Pinterest Tumblr WhatsApp Email Share Link