Any carpenters here know how to fix a rotten door? 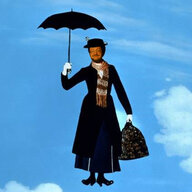 toximus said:
Haha! Our doors MUST open inward so we don't get trapped inside when it snows. You must be from Florida or something.

Agreed on not having a wood door. I don't want to take up the hobby of staining.
Click to expand...

AndyG said:
hopefully felt is behind the D Log siding to prevent water transfer. We like to fir out the siding for an air gap.
Click to expand...


I've never seen any indication of felt behind the siding.


I haven't found any gaps showing that the siding is spaced out.

Hopefully lack of those things aren't a sign of bad things to come?


AndyG said:
the osb and band behind it is getting soaked
Click to expand...


What is the "band" you're referring to?


AndyG said:
The extent of damage can be from mild water stains to soft wood to termites and all about gone- and anything in between.
Click to expand...


AndyG said:
Worse case - You want to have a couple of days and good weather-
Click to expand... 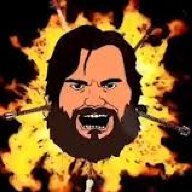 toximus said:
Have Jeep, will travel?
Click to expand...

HAHA! Yeah, my apologies. I still haven't realized why, but I confuse you with Tworley (who lives in CO) occasionally. I would definitely fix that shit for a 12 pack if i was in your neighborhood. Lemme know if you need any more humorous promises
Reactions: Mrs Tox and toximus

toximus said:
Wow. I'll be honest that 90% of those words mean absolutely nothing to me and that I'm about to start Googling them. Thank you so much!

If you don't mind some hand holding, it sounds like this is something I can confidently do. I'll even let you make fun of me when I ask occasional stupid questions.
Click to expand...

Don’t be at all intimidated- most people that are highly mechanically inclined like you make good carpenters- wood is just another medium.

D Log- those are the fake logs- they are made from pressure treated pine and overlap each other with a notch along the bottom edge . The stain /sealer and horizontal design prevents water penetration and allows run off, so they tend to perform well. On that structure those may be the most durable of all the exterior wood on it.

OSB - that is the chip board you see painted and exposed under the porch. It is designed to be shielded from moisture for long term performance. Osb stands for oriented strand board. When it’s used on the horizontal it is called decking and usually thicker to carry weight.

The Jambs of a door or window are the side legs of the frame.

The door itself is called the slab or blank.

The horizontal pieces of a door are rails, the vertical pieces are stiles.

The sill is the bottom part, and it and the threshold are often considered the same component.

Sheathing - this is just the term for what clads the framing of a roof or wall- your walls are likely 2x 4 or 2x6 and the sheathing is the OSB we see exposed under the porch and is likely behind all the logs.

The Band is the perimeter framing of the floor, normally a 2x10 sitting on a treated 2x8 laid flat called the plate.

The joists are the floor framing members (2x10 typically) that run side by side to the band and the decking is usually 3/4 osb or plywood attached to that. Their determined size is correlated to their length and spacing in span tables)

Ice and water shield is sold in many names, it is a roll product and widely used in your region for roof work especially. It is basically a flashing that seals the fasteners used to attach it.

Flashing is any sheet or roll or similar product designed to shield the structure from water- it has to always be installed so it cant hold water behind it , or it will accelerate damage.

Zip tape flex is just a highly bendable tape made for the corners of openings in zip sheathing- a green , coated OSB sheathing that is the big noise right now- and will ultimately create millions of dollars of damage because field carpenters will mistakenly think it makes the structure immune to bad practices. Thinking something is bulletproof is worse than knowing it isn’t when it comes to mass use.

The corners of door openings and windows are where most failures occur. We flash the sill, then the corner over that and then the jamb over that.

Think of all the wood as a skin only.

On your job getting the door opening flashed well all the way down to the masonry and lowering the porch and spacing it out are the 3 critical steps, the rest is just repair and cosmetics. The porch surface decking can even stand off the house 1/4” - 1/2 “ and water can then fall straight down. Nature abhors a vacuum.

In your case the D logs are likely serving as a shield quiet successfully- with the openings being the weak point. Even if no tar paper is behind them or they are tight to the structure. Keeping it clean at all penetrations and openings and sealing gaps at windows may be very good long term- just try to keep water out from behind it any way you can. Its a tough product.
Last edited: Jan 20, 2022
Reactions: Mrs Tox, DEValken, freedom_in_4low and 1 other person
OP

I can't thank you enough @AndyG . This is all making a lot of sense in my mind now.

toximus said:
I can't thank you enough @AndyG . This is all making a lot of sense in my mind now.

Makes sense- I’d have some window and door spray foam for the door prior to interior trim, some plastic shims, some 3” torx screws for the door hinges, at least the top hinge, nail pullers like end nippers are great, some titebond 3 wood glue to seal end grain, and a level.

- anything pella makes is good typically,

Stains are all similar if oil base, its the finish that matters-spar urethane is good if done correctly.
Reactions: toximus and Ron505 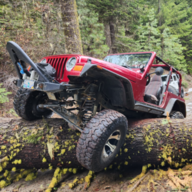 True stains provide 0 protection- all they do is change color. Some so-called "stains" include sealer/varnish that provide some protection. The best protection is paint, but then you don't see the wood.

"Penetrating" epoxy is BS. It's just thinned and doesn't really penetrate. Epoxy protects by building a surface film. High-solids epoxy is better and more economical. Epoxy breaks down in UV so it's best to paint over it. This applies more to boats than houses but it's something to keep in mind if you do need a complete seal.

You either have to seal water out completely or make sure it can drain and dry.
Reactions: toximus and AndyG 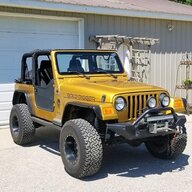 Andy is on it! The only thing that I would change is the spray foam. That stuff will expand a lot more than people allow for, and could cause clearance issues. Just my opinion, but I would use some fiberglass insulation.

Also while you're in there, and if you have the means to bend some aluminum, you could flash up under the siding and over the edge of band, and down the band a couple of inches.

Notice that I said window and door spray foam- it is non expanding and made for that purpose, plus it is closed cell and will not absorb water -

And you are correct that conventional spray foam will expand terribly- We saw a guy use it to support a tub and it lifted the tub 3 inches off the floor.

The real key to making all spray foam work better is moisture- you get greater expansion if you’re going for that with those types and with both kinds you get a better cure , much faster. You can mist the surfaces before or after. 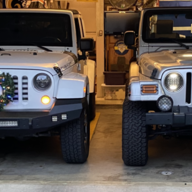 Depending on how much rot you find at the sill/threshold (if any), you may need a sawzall to cut out the old one.
I didn't see that on your list.
Reactions: toximus
OP

WestCoastDan said:
Depending on how much rot you find at the sill/threshold (if any), you may need a sawzall to cut out the old one.
I didn't see that on your list.
Click to expand...


Good catch! I have a sawzall and circular saw already.

I also have one of those oscillating multitools — might be handy for cutting that old exposed osb out? I've never found a great use for it so I'm desperate to find a spot to use it. Lol.
Reactions: WestCoastDan

toximus said:
Good catch! I have a sawzall and circular saw already.

I also have one of those oscillating multitools — might be handy for cutting that old exposed osb out? I've never found a great use for it so I'm desperate to find a spot to use it. Lol.
Click to expand...

I buy the blades on Amazon the savings is significant and they run about $1.15 a blade- but you have to buy 50 i think.
Reactions: RussTJ and toximus 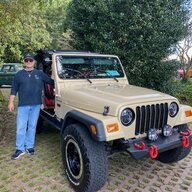 Mike_H said:
Just like rust, you gotta cut it out. Hard to predict what you'll have to do though, until you get it opened up.
Click to expand...

That's it, all that's rotten has gotta go down to solid wood or foundation.

Tray Burge said:
That's it, all that's rotten has gotta go down to solid wood or foundation.
Click to expand...

Do you guys remember the movie with Roseanne Barr’s husband where he was telling people to cut out bad wood and put in good wood- It was a pretty funny moment.

AndyG said:
Do you guys remember the movie with Roseanne Barr’s husband where he was telling people to cut out bad wood and put in good wood- It was a pretty funny moment.
Click to expand...

That'd be John Goodman, but don't recall the movie? 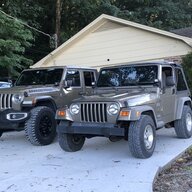 Zorba said:
doors that open OUTWARD. The harder the wind blows, the tighter the seal.
Click to expand...

This will not work for the OP, as he is in a snowy area... imagine what would happen if it snowed and drifted in front of the out opening door...
Reactions: Zorba 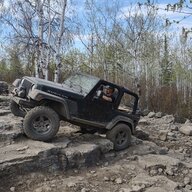 But bird brains are

Tom Arnold...JOhn Goodman was her TV husband in the show. John has far better sense than to marry that train wreck of a woman, it seems.
Reactions: Tray Burge, Squatch and Apparition
OP

There's some discoloration on that first floor board inside the house, but it's solid and the appearance of it hasn't changed in 7+ years (when I moved in). Maybe just a stain? toximus said:
There's some discoloration on that first floor board inside the house, but it's solid and the appearance of it hasn't changed in 7+ years (when I moved in). Maybe just a stain?