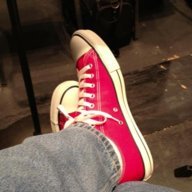 Okay, I posted about this on WF and JF and am now adding the info here.

While surfing JF last week I saw a post about this cool, GM under-hood light that was used on GMC and Chevy trucks and Suburbans from like 1988-1999. Why they stopped offering this feature is beyond me. Apparently these are pretty popular with owners of these vehicles and I have read posts by many guys who once owned a vehicle equipped with this light lamenting GM's decision to get rid of it in '99.

Now that I have one I agree. If I bought a truck with this and then traded it in for a new one and it did not have this light I would have been disappointed. It is not a big deal, but it *is* pretty cool.

However, just like DC (FCA) dealerships with Mopar parts, it is NOT cheap.

I contacted this eBay seller once I got the link from a user on JF. He told me that he found the original company who supplied/supplies parts to GM as an OEM maker. It is a 100% US-made item. And he bought up like 500 of the things for some reason. It is no longer branded GM stuff, but it is the same part you can purchase through a GM dealer for over a hundred bucks. His it about $30. (Mine was $34.90 shipped, and it came well packed and pretty quickly - four days early via USPS!)

It seems to be of a decent quality, neither junky nor something from NASA.

The base comes with some sheet metal screws. It is pretty large, so mounting it where the OEM TJ under-hood lamp is might not work. I have to go outside to set mine up. I will post a writeup when I get it working - probably next week.

The base has a large on/off switch that is like a lever. It is large enough to operate easily while wearing heavy gloves. There is a sort of cheapo-looking lock bar that snaps open and closed, that is actually pretty sturdy. It keeps the modular lamp locked to the base. Unlock that lever and the light can be pulled away from the base on an 18' long cord of a gauge that is larger than most stock speaker wires, but I do not know how loosely the insulation fits. It is not some thin, likely-to-break stuff, though.

The lamp has a magnetic base. It is of the soft, rubbery magnetic material used for refrigerator magnets and such, so it will not scratch your paint.

You can pull the lamp out and drag it to just about anywhere inside, outside or underneath the TJ and still have line left over. Then stick it to your frame or tub so you can do whatever it is you need a light for with your hands free.

When done, there is a crank handle so you can reel the cord back in. Snap down the lock bar, turn it off and you are good to go.

I love this thing!

Here is a link to the eBay ad. Seller's handle is "mr.fifty" and his name is Bruce Falk. He lists his phone number if you want to ask him anything. He specifically states that this is made here in the US in the ad copy.

Here is a link to his eBay ad:

I will include some photos I took of the lamp, too. I think this is a nice thing to have under your hood. There is a suggestion for the part number of a stronger bulb, and some JF users commented that there is an LED replacement for it that is quite bright and inexpensive. It runs cooler, too, so the plastic does not get so hot. I will be looking into this option once I get this installed.

Hope this information helps some of you folks out. 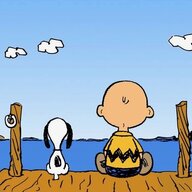 Ford/Dodge/Chev all had cool stuff like that 30plus years ago. 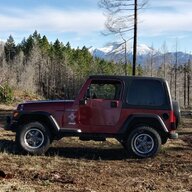 Thanks for the post! Very, very cool!
Reactions: Wade

billiebob said:
Ford/Dodge/Chev all had cool stuff like that 30plus years ago. 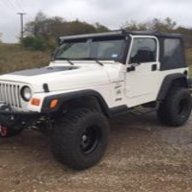 This was my solution when the factory under hood light broke. It's very very bright. I added the white box there on the passenger side of the engine compartment with the big switch to allow it to be used with gloves on if needed.