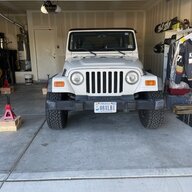 Been working on this for about a month now as my first ever vehicle project, and I guess it’s finally time to show my progress and also introducing myself after lerking on the foums for a while trying to figure this out.

I had a stock 2000 SE 2.5L in the family for roughly 20 years, learned to drive in it, and was my daily driver for 8 years till I moved out of state. It was officially passed down to me last month. It was in bad shape, barely drivable, and decided it was time for a frame up rebuild and engine swap.

Currently in the process of stripping it down, and about to start measuring for new engine bracket placement on the frame (dropping in a 5.3L), before sending the frame off for a sandblasting session and powder coating.

Things I want to do to it:
LM7/4L60E swap
3” suspension lift
1” body lift
Swap out the stock axles with something a bit more beefy to handle bigger tires
Lockers
Upgrade the roll bar
And anything else I can think of while it’s taken apart. 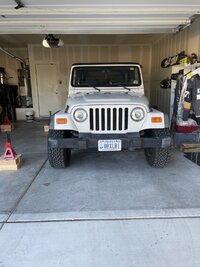 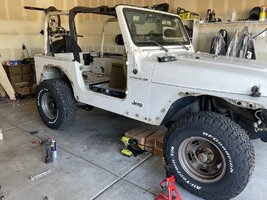 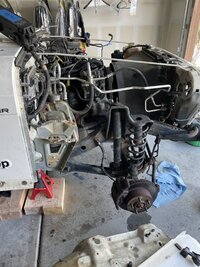 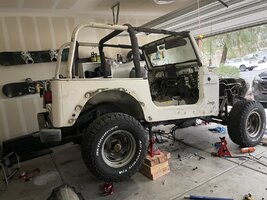 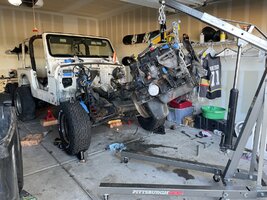 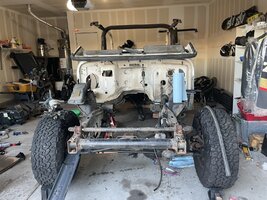 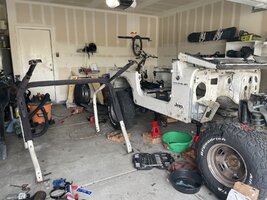 Reactions: PRNDL, Tob, voodooridr and 4 others 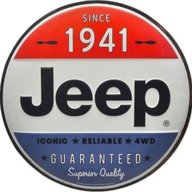 welcome out from the shadows

Haven’t gotten much done, chopped out the old 2.5L brackets and finally got the Novak brackets. Haven’t gotten around to installing them yet though.

Ordered a NP231 rebuild kit and a slip yoke eliminator kit, and will be working on that when it arrives.

Body to frame bolts are off, and the body’s ready to be pulled off and repaired to fix my screwup after the new engine mounts get welded on. It’s been a minute, but I went and rebuilt my Transfer case, added the SYE, received the 5.3L LM7, welded on the brackets, and did a fitment test of the engine.

No real trouble so far, but I’m sure putting this back together will cause a few headaches

Next step is doing a full engine rebuild, removing the body and getting the frame sent off to get sandblasted. Rigged my engine hoist to pull the body off, and broke the V8 down and waiting to send it off to a machine shop for cleaning/ boring.

Frame will be slowly sanded down and painted.

I think I’ve decided to change the plans quite a bit since I’m dealing with a clean slate of sorts…. Thinking about setting it up for racing/off roading (OHV use only)…. Only issue with that is that I’d be forced to compete in the 3700 class because of the V8, and I don’t have any experience in that….we shall see.