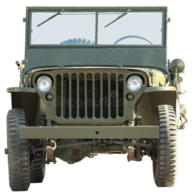 Really need your help this time around with a mystery squeaking sound coming from the rear right wheel of my LJ. It started happening several days ago. Initially, after about 15ish minutes of driving, I would start hearing this fairly loud squeak coming from the rear right wheel. Sounds "rotational-based", but goes away when I hit the brakes, or go over about 55 mph.

It's gotten worse just today, where it sounds more like a severe scraping sound, rather than a squeak. I was convinced it was the pads, so took off the wheels and checked the brake rotors and pads on all 4 corners but they are good as new. The parking brake is good and tight.

I wasn't too worried about it, thought it could be a bushing of some sort, but since it's started scraping pretty bad and this is my daily driver, I am concerned. Any thoughts on what this could be?


Tagging @Lifted straight six and @Fulton_Hogan , because you guys has a thread last year with a very similar issue.

Your parking brake assembly is inside the rear rotor which could be out of adjustment and could be what is causing this sound. It's under what is called the hat area of your rear rotors.