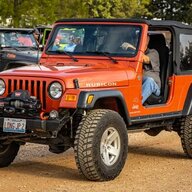 
I'd take one of those orange ones off your hands, if you ever need money for parts.
Reactions: Longwhitejeep
OP 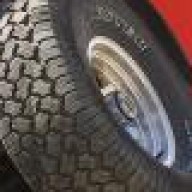 Thanks everyone
For the one with trailer ,would cost me over $125 delivered ,,,heuhhhh, nope
The light blue racing version , nahhhh !

Longwhitejeep, at least yours are orange like both my LJ &CJ 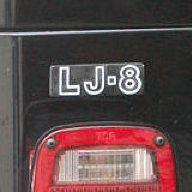 06lj said:
There is somebody on another forum that cut two TJ models apart and built an LJ.


That one is mine. I made it from a 1:27 Maisto TJ when I was designing the Safari Cab hardtop. Here's the resulting LJ and an unmodified TJ: I didn't bother modeling the LJ roll bars because they wouldn't be seen inside the hardtop - I wanted to see the hardtop design in 3d, so I also made a scale model of the Safari Cab. Here's the Safari Cab model posed with the real LJ with the factory hardtop: Since the Safari Cab design is modular and includes removable side panels, I made the model hardtop the same way so I could see what that would look like: There is also a modular half cab version of the Safari Cab which never made it into production, I've got the only full scale example of it in storage here. This is the model version: I also made several different variations of the Safari Cab model during the design process, each with different rooflines, to help me decide on the final profile of the roof. I won't bore you with those variants .

I chopped up another 1:27 Maisto TJ when I was designing my Retro Wrangler pickup.

Since I was building a modern version of the classic Willys pickup, I wanted to compare my design with the Willys to check that the proportions were correct. Also wanted to check what both the hardtop and soft tops would look like. The model compared to the real thing: The Maisto models are a good starting point for custom models.

I often use models in the design process; when I was designing the Overland Tailgate Table I made a small paper model to show the motion of the main table, slide-out table and MOLLE panel to help me visualize the mechanism design.