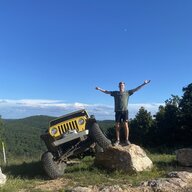 These are steps to replace a broken seat track cable in a ‘97-’02 Wrangler. Yours may be broken if your seat will not tilt and fold when you pull the nylon strap on the seat back.

Missing nylon pull strap repair
If the original pull strap on your seat back is missing or broken, you can purchase the replacement part or fashion your own pull strap with household items. To replace the nylon strap with the OEM part, you must buy the whole cable that runs from the seat fold lever to the pull strap ( Part # 05019785AA ~$50 at time of writing). How to install that cable is not covered in these instructions. However, here are some tips to making your own pull strap.

Here’s how I made mine: I cut an old carry strap from a binder, which already had a loop sewn on one end. With scissors, I cut a V-shape into the loop and stuck the metal cylinder through the loop, with the cable coming through the hole made by the V-cut. At that point, I pushed the cylinder back to its original position behind the upholstery and used pliers to pull the strap through the black metal hole. Next, I used a needle and black thread to stitch a loop at the other end of the strap. Finding that I had made it a bit short, I decided to put a key ring through the second loop, which turned out to be a great idea. 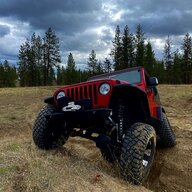 I don't, sorry. I'm pretty sure I saw a similar writeup somewhere on this forum for 03-06 seats though. I will say, when I pulled apart the 02 seat, it was pretty easy to see what was wrong and what needed to be reconnected without any outside help.
Reactions: JMT

Great write-up, thanks for sharing this!

I converted the PDF into text and added it to the original post. That should make it easier for people

I left the PDF as well, just in case someone wants to download it.
Reactions: Rupe97 and Tob 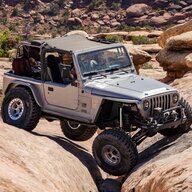 Itching For Some Rocks