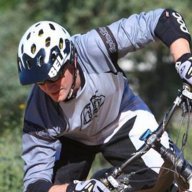 Jeepin' Geo said:
Thanks a bunch for the excellent detailed write-up!

Looking forward to giving this a try. Off to Amazon for a laser level.
Click to expand...

Let me know how it goes!
OP

The front set of Savvy control arms are in now. I swapped the new control arms in before removing the springs for the rest of the setup, and the improved articulation made it much easier to get the springs out. In the end, it was not a difficult job. But then breaking down the suspension gets a lot easier after you've done it a few times.

The one interesting challenge was tightening the jam nuts on the frame end of the front upper control arms, especially on the passenger side. There just wasn't enough space to get a crescent wrench in around the exhaust or drive shaft. So I ended up removing the upper control arms to tighten the jam nuts.

While I had the springs out, I borrowed a friend's spare 33x12.50r15 wheel and did a bump stop check. It doesn't fit as is, but that's to be expected. However, it looks like it would fit with a 1.25" BL. It was nice to see that the 3.75" BS on the wheels provided just enough clearance for the inboard sidewalls. And it's clear that 32x11.50 tires would fit with my current setup if I had wheels with enough backspacing.

I'm still sticking with 31s for now, though. If I do get bigger wheels, it will be after I regear and get lockers and that's not even at the top of my list of potential upgrades.
Reactions: bobthetj03, Vasq and jjvw
OP

Axles are out for u-joint replacement after confirming that the passenger side u-joint was bad. (See https://wranglertjforum.com/threads/clicking-popping-from-front-axle-during-sharp-turns.32327/.) Everything came apart very easily. I guess there are some benefits to owning a native SoCal Jeep.

While it's all apart, I repacked both the hubs. I have had a feeling that the passenger side hub is going as well. It turns more freely than the other hub, although it's not rough or loose in a way that would indicate that it has failed. It also looks noticeably more aged than the other hub. I've suspected it was responsible for some of the driving noise, so we'll see if a fresh load of grease makes a difference. And if the noise comes back, I'll know it needs to be replaced.

New 5-760X u-joints came late today. I may get a chance to install them on Sunday.
Reactions: BuildBreakRepeat
OP

I managed to score a complete D30 front axle for cheap. There are some odd things welded onto the housing, but the internals seem to be in reasonable shape. This will be a good source of spare parts, like a spare set of axle shafts. I tried swapping the spider gears from this axle into my front axle, but that also didn't fix my clicking problem. It seemed like reasonable preventative maintenance given the condition of my gears, though.

Next up, we'll see if the ball joints from this axle are any good. If that fixes my problem, I can spend the money on some nice new ones.
Reactions: Vasq
OP

Seems like the clicking/popping noise was coming from the mounts for the engine skid plate when they shifted slightly during sharp turns. Readjusting the mounts seems to have fixed the problem so we'll see.

Next up is some preventative maintenance. I've heard some squealing noises on a couple of cold starts, and I don't suspect the accessory belt because the belt and pulleys are fairly new. I do have the 05 4.0L, so it could be the OPDA. I figure I'll replace it while its still good rather than let it die. 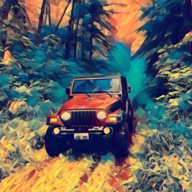 I've read that you'll want to pull the OEM mopar sensor out of your original and install it in the new unit.
OP

Vasq said:
I've read that you'll want to pull the OEM mopar sensor out of your original and install it in the new unit.
Click to expand...